Change can be catching 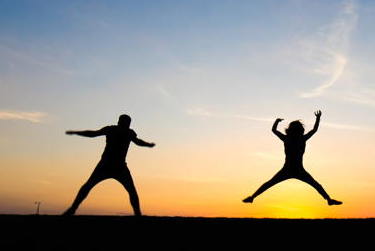 Something rather wonderful has happened as a result of the COVID-19 crisis that should have change managers and management consultants quaking in their boiling oceans and breathless from a stout kick to their low hanging fruit.

These individuals and companies can charge eye-watering amounts with the promise of improving their clients’ operations. In other words, they get paid shirt-loads to change stuff, or to write reports setting out how they would change stuff. Or, in the case of a client like a government department who does not want to spend much, the consultants will write a report setting out why it is too costly to change anything, and nothing needs changing in the first place.

It is a good gig if you can swing it, because there is big money in change, and far from small change in recommending no change. Until COVID-19, being in the change business, one was subject to the immutable law that above all else, the one thing that always changed for the better was one's bank account.

Why, you may ask, can change consultants demand the big bucks? Because they have been so successful in selling the idea that change is hard, and frequently beyond the capability of ministers, boards and executives. They have also been good at selling the idea that change is unpopular, and for a fee, one’s change problems can be outsourced and blame averted. They give Managers a convenient report to justify their actions. Finally, they have been successful in arguing that change takes a long time, and needs “bedding down”. For a fee they make the bed of change and get everyone else happily lying in it.

What if all the things we thought were true about change turned out to be false?

What if we are collectively much better than we thought we were at changing?

What if politicians introduced revolutionary change on a scale never seen before in history, that cut across any previously held political position of any recognised party, and it was overwhelmingly popular?

What if they designed and rolled out the change in a month, with next to no focus groups, surveys, burning platforms or peeling of onions?

What if in education, teachers reinvented the way they teach in a couple of weeks? In so doing, they managed a revolution that most experts would have said should have taken years and cost billions of dollars, to get even 10% of the change.

The degree of adaptability that we have shown in the last month demonstrates that we are collectively and individually capable of undertaking monumental change and doing so rapidly. If the case for change is sufficiently compelling as it is in the case of COVID-19, we can move earth, if not heaven, to adapt.

Making the case for change is not, however, sufficient. What has been evident in large supply has been courage and innovation. Leaders and individuals have shown the courage of their convictions to try new, untested ideas. They have committed their resources, in the case of Government in an unprecedented fashion, to effecting change. We must build on this courage, and prioritise fostering courage in our workforce. As the Prime Minister has said recently, we must not go back to the stale old ideas and the mistrust of change and innovation.

There is a lot of talk about returning to “normal” once the COVID-19 crisis abates. However, fortunately there is also a growing realisation that things will never return to the way they were. There will be a new normal.

From the Chaos Theory of Careers perspective, this is merely an acceptance of how things are. In reality, things are continually changing. Some things at a glacial speed, and other things at a breakneck speed.

'In such a world as ours, normal is always what has gone before, and it is never what is now, and what is around the corner.'

We change; our environment changes continually and discontinuously. In other words, change is not predictable and will come in fits and starts that cannot be precisely predicted.

The environmental change that is COVID-19, presents perhaps the most compelling case one can put - the imminent extinction of life for large numbers of people in the absence of action. In contrast, climate change has been largely characterised as having subtler effects over a much longer period of time. Despite activists trying to provoke a sense of urgency, it was not until the bush fires of 2019-2020 that this urgency sank in for many Australians. Whether the message stuck, given what has followed, is hard to tell. It may be that we are all far more sensitised to the potential for environmental hazards to overwhelm our way of life. Or climate change may be deemed as too expensive and low priority in a time of economic belt-tightening.

Closer to our professional interests, the field of careers education and counselling has for too long remained stuck in a comfortable basin of attraction, repeating the same-old ways of doing things, lazily over-relying on matching variously measured interests to occupations dubiously categorised as being congruent with those interests.

I could have, indeed more or less did, write the previous paragraph twenty years ago. When I wrote in a similar vein in the 1990s, I cited authors making the same point dating back to the 1970s and 80s. And yet, Here we are. In 2020, with employers crying out for staff in a range of areas, and survey after survey indicating that we have an educational system that leaves the young wanting to be lawyers and doctors.

I have noticed since the COVID-19 crisis kicked off, a definite up-tick in interest in our Chaos Theory of Careers (Pryor & Bright, 2011). Possibly because the theory more or less warns (if not predicts) that a phase shifting event such as COVID-19 was always on the cards, and that we need to prepare people for continuous change, adaptability and courage. Our theory should not be rolled out on the occasion of every shock world event as some kind of proof that shift happens. It should be read closely and embedded in our daily practice - privileging the concepts of change, chance, complexity and construction. These are not mere words. We believe that reality is built on these concepts and we must recognise them in our work.

Once more, encouraging students to believe in a world that is relatively static, stable and predictable is to fail to prepare those students for the world in which we all live.

It was never good enough, and it is not good enough now merely to shrug our shoulders and say “shift happens” and then go about our business as though it has not.

The many faces of student futures

When we were planning Reimagining Careers Education 2022, we asked our community what they liked from the past two years of live, online sessions.

“Curiosity will conquer fear more than bravery will.”

Facing the future is anxious work for many of our...

Change can be catching

Something rather wonderful has happened as a result of the COVID-19 crisis that should have change managers and management consultants quaking in...